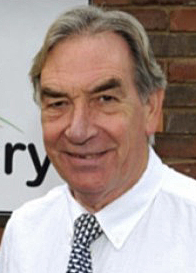 NHS Scarborough and Ryedale Clinical Commissioning Group (CCG) has paid tribute to its chairman, Dr Phil Garnett, who has passed away.

Dr Garnett had led the CCG from its formal inception in April 2013 and was still working just a few days before his death. Dr Garnett had been living with cancer.

Friend and colleague, Dr Peter Billingsley, the Associate Chair of the CCG, said: “This is an incredibly sad time for the NHS in Scarborough and Ryedale and on behalf of our Governing Body and staff, I would like to express my deep condolences to Phil’s family, friends and colleagues at Filey Surgery.

“Phil was driven by a burning desire to make the NHS the best it could be and throughout his time at the helm of our organisation – and indeed throughout his distinguished career as a GP – he was determined to secure the best possible services for patients.

“He very much led from the front and was an exceptionally gifted speaker, possessing a wonderful sense of dry humour and wit to match his intellect. Phil was erudite, captivating and charming; and people always listened to what he had to say.

“From a personal perspective, he was always on hand to offer help and advice and I will miss him greatly.”

A keen thespian, Dr Garnett qualified as a doctor in Leeds in 1973 and joined Filey Surgery in 1978. He held senior positions with the local Primary Care Trust, Primary Care Group and Saint Catherine’s Hospice and was heavily involved in the North Yorkshire Local Medical Committee.

Filey Surgery Practice Manager, Carolyn Liddle, said: “It is with heavy hearts that we say goodbye to our friend and colleague, Dr Phil Garnett. He was a GP here in Filey for 40 years and was a much respected and loved doctor.

“The people of Filey will miss him as many of them will have been patients of Dr Garnett for many years. Amongst the sorrow there are smiles from his colleagues at the surgery as we remember a lot of good times.”

Simon Cox, the former Accountable Officer of NHS Scarborough and Ryedale CCG and now the Director of Acute Commissioning for the three CCGs in North Yorkshire, said: “Phil’s desire to see the NHS flourish shone brightly throughout our time together at the helm of the CCG.

“He was a strong and passionate voice for local health services and his commitment to the NHS in Scarborough and Ryedale was unwavering, even when his own health was faltering.

“I speak on behalf of the entire Governing Body and all of the staff when I say it was a privilege to have worked alongside Phil. As we move towards a new era, with a single clinical commissioning group representing the people of North Yorkshire, his voice will be sorely missed.”

Dr Charles Parker, the current Clinical Chair of NHS Hambleton, Richmondshire and Whitby CCG and chair elect for North Yorkshire CCG, said Dr Garnett had been “indefatigable” in his promotion of primary care over many years and added: “It has been a privilege to work with him over the last year, working in the single leadership team for the CCGs.

“Phil was well liked and respected by us all and throughout the local NHS. He was a gentle character and I will miss him. Phil was such a long time servant within the health service that it is difficult to imagine a time without him. My thoughts and prayers are with his family and friends at this time.”